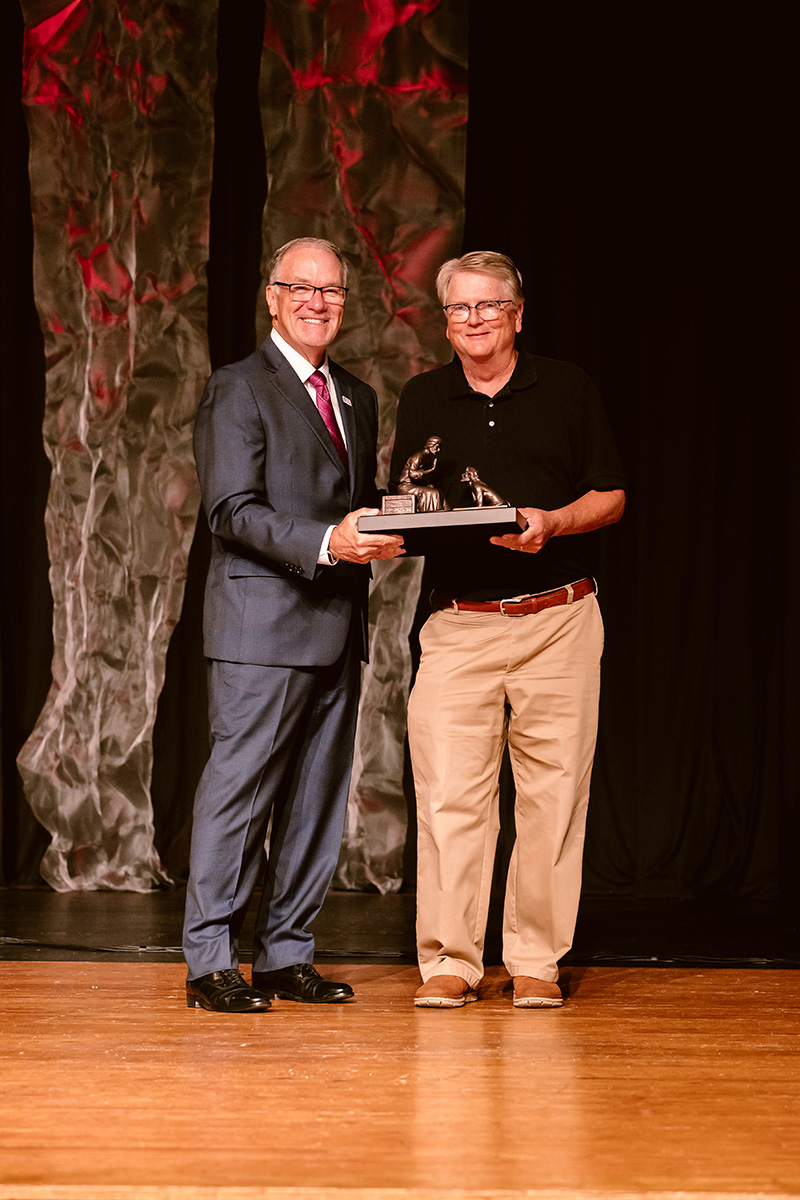 Last week, President Keith Newman presented the Mark 9:35 award to Mr. Phil White. Dr. Newman said, “We believe Phil embodies the message of Jesus in Mark 9:35: ‘Anyone who wants to be first must be the very last, and the servant of all.’ Serving others is a message that transcends time and translates into every culture. We are grateful to be among people who have embraced this counter-cultural message and serve as visual examples of a LiveLast lifestyle.”

Mr. Phil White earned his Bachelor’s degree from BNC (SNU) in 1977 and went on to complete a Masters in Management in 2000. He began working at SNU in 1990. Dr. Newman states, “He has a wealth of knowledge and history of all things behind the scenes at SNU. He’s had many titles/positions over the years and currently serves as Associate VP of Financial Affairs.”

Dr. Wally Quanstrom, said, “In my role as SNU Foundation President, I worked closely with Phil on a regular basis.  He is on the job and on the ball. I never have any difficulties making contact, and in his quiet way, he knows what he is doing and knows SNU.  His focus is always on SNU and not Phil. I have the utmost respect for him.”

Dr. Scott Strawn, SNU’s Vice President for Business and Finance, said, “Phil loves SNU. He has served almost his entire professional life in the Finance division and continues to do so with excellence. Phil is a great combination of being highly analytical and also witty, gracious, and personable. The value that Phil has brought to SNU over his many years of service is almost immeasurable. No one is more focused on serving SNU with care to ensure that she thrives well into the future. Phil is most deserving of the Mark 9:35 award.”

Dr. Newman concluded that “we have no shortage of LiveLast leaders at SNU, and that’s a great thing. As we thought and prayed about who might be honored this year, this year’s selection seemed so natural. Faithful, consistent, calm, dependable, detailed, and positive are a few of the many words I could choose to describe our recipient. Though his work is often done behind the scenes with spreadsheets, statements, and reports, we could not do it without him, and his work impacts us all.” Please join us in expressing congratulations to this year’s Mark 9:35 award winner, Mr. Phil White.