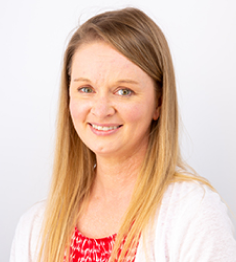 Alongside teaching at SNU Heather has:
– Served for 10 years as Citizen Member and Historian for the Oklahoma City Historic Preservation Commission.
– Published article, “’We can fulfill our obligation as women citizens’: San Francisco Women, Civic Identity, and the Great War,” California History Vol. 93 No. 3 (Fall 2020).
-Written a book chapter due to be published next year: “‘My Heart Had Been Burdened for the Orphaned and Homeless Children’: Religious Imperative and Maternalism in the Work of Mattie Mallory,” in This Land is Herland: Gendered Activism in Oklahoma, 1870s-2010s co-edited by Sarah Eppler Janda and Patricia Loughlin (under contract with OU Press for 2021 publication)

Hobbies or Fun Fact: I enjoy spending time with my family, practicing yoga, and singing.