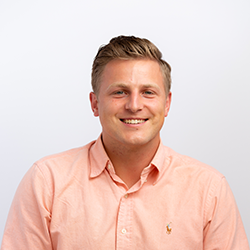 Joel is originally from Boulder, CO. He moved to Ponca City, OK in 2003 where he finished middle school and high school, graduating from Ponca City High School in 2010. Joel went on to attend Southern Nazarene University and graduated with a Bachelor of Science in Pre-Physical Therapy in 2014. At SNU, Joel was named the Pre-PT Student of the Year and General Physics Student of the Year. He received the Outstanding Student Scholarship from the Oklahoma Physical Therapy Association and received his Doctor of Physical Therapy degree from the University of Oklahoma Health Sciences Center in May of 2018.

Joel completed clinical internships at Mercy I-35 Outpatient, Physical Therapy Central of Midtown OKC, the University of Oklahoma Athletic Department, and St. Anthony’s Inpatient Rehabilitation Hospital in Oklahoma City. He had the opportunity to learn from highly-skilled, experienced physical therapists during these internships, bolstering his background in outpatient orthopedic and sports settings with a diverse patient population. He has been an active member of both the APTA and OPTA since 2015. He is also a member of the Sports Therapy Section.

Joel’s clinical interests include orthopedic physical therapy, sports rehabilitation & performance, injury prevention, and manual therapy. He has completed training in trigger point dry needling and has an interest in becoming board-certified in either orthopedics or sports.