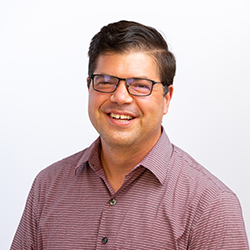 Dr. Scott Drabenstot joined the faculty of SNU in Fall 2013. Scott completed his pre-doctoral internship with the Northeastern Oklahoma Pre-doctoral Internship in Psychology (NOPIP) at the Indian Health Care Resource Center in Tulsa, OK and his doctoral training at University of Oklahoma. Prior to completing his doctoral program he worked as a Licensed Professional Counselor in community mental health agencies in the Oklahoma City metro area. Scott enjoys playing trumpet, being outdoors, and spending time with his family. Scott and his wife, Kym, live in Mustang with their three children.

Scott Drabenstot shares his love of research by serving as a McNair Scholar faculty mentor, and overseeing both undergraduate and graduate thesis. He recently contributed to a book chapter that should be published next year. He also serves as a member of the Oklahoma County Indian Child Welfare Act Post-Adjudication Review Board (ICWA-PARB).